Residence of the deans of the Collegiate Chapter in Zamość, also known as the Prelate House, designed by Bernard Morando at the end of the 16th century. Before 1620 the residence was rebuild on the initiative of rev. Mikołaj Kiślicki, the first dean – prelate of Zamość. The building is rectangular (almost square) in shape, has two storeys, and is topped with a hipped roof with skylights.

On the northern façade, near the right corner, there is a mannerist architectural portal closed with a broken arched pendant, topped with a cartouche containing the founder’s Prus coat of arms with letters NKDZ (Nicolaus Kiślicki Decanus Zamoscensis). The window in the ground floors are decorated with stone Renaissance framework. The ground floor interiors still contain barrel vault ceilings with lunettes, and cross vaults with slat and stucco decorations which include the Prus coat of arms on the keystone, as well as stone portals. 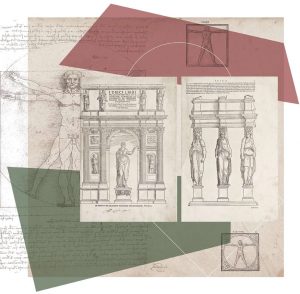 The exhibition located in the Prelate House presents the phenomenon known in Latin as Fabrica Ecclesiae. It covers the entirety of undertakings related to the construction, furnishing, and operations of the most important church of the Zamość Entailand – the former collegiate church, and since 1992 – the Zamość Cathedral.

The construction is presented in its historical, artistic and technical aspects; it is closely linked with its founder – Jan Zamoyski – Great Hetman and Chancellor of the Republic of Poland, as well as its Italian architect Bernardo Morando.

According to tradition, the architect of Zamość lived and worked in this house, and the city and cathedral which he created are the jewels of European Renaissance.